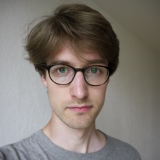 List of resources that will give you a good understanding of how to use Git.

If you want to just get started, take a look at these links and ignore the other sections for now. You can come back later and look around some more.

Everything you need to get started.

Apart from using them to give yourself a better understanding of how Git is manipulating the commit graph, they are great to visualize what Git does while explaining somebody how to use Git. This is much better than drawing something on paper because you can take a screenshot and they can play around with it afterwards.

Note: It is difficult to understand the final graphs and much easier, if you type in the commands yourself and see how the graph changes with each command.

pull resulting in a merge commit

Select git push on the website to get the initial setup.

This is an example of how a pull will result in a merge commit, if the local and remote branches each have commits that are not part of the other.

Select git pull on the website to get the initial setup.

In this scenario you based your work on the remote branch origin/master and commited your changes to your local branch master. In the meantime, at least one commit was pushed to origin/master (by somebody else). Now you cannot simply push your local commits from master to origin/master, because the commit history of origin/master is no longer a subset of master.

The easiest way to deal with this, is to rebase your local changes on top of the new changes that were introduced to orign/master. This is done via git pull --rebase respectively git pull --rebase origin master. After you resolved any merge conflicts, origin/master is now again a subset of your master allowing you to push your new commits to origin/master.

Hint: In practice you can perform an interactive rebase via git pull --rebase=interactive to see which commits will be applied. This gives you the opportunity to review what will be done and cancel/modify it, if necessary.

Notes on how to generate a static website from Markdown files with MkDocs and Material using Git and one submodule.

An introduction to developing for the 500 series of Z-Wave chips.

This is a 30 minute presentation I held at the test automation meetup in Dortmund on Nov 13, 2019, as an introduction to automated testing of embedded systems.

A minimalistic introduction to Git targeted at tech-savvy people looking for a safe way to backup important files for e.g. their bachelor thesis.